A team of Spanish and Egyptian archaeologists recently discovered the mummy of a bejeweled teenage girl in a 3,500-year-old tomb near Luxor, Egypt. The fashionable young lady was found wearing two earrings in one ear, two rings and four necklaces tied together with a glazed ceramic, or "faience," clip. 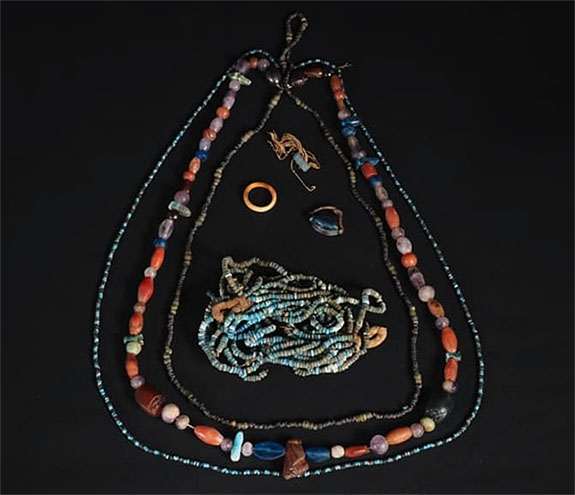 According to the Egyptian Ministry of Tourism and Antiquities, the teenager was only 15 or 16 years old when she died during the 17th dynasty (1580 B.C. to 1550 B.C.). The coffin containing the mummy had been carved from a single sycamore tree trunk, then coated with a whitewash and painted in red. 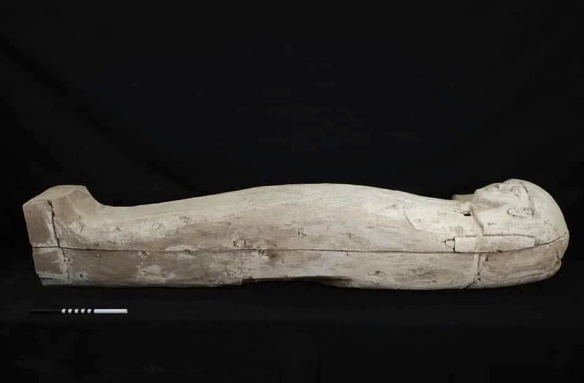 While the mummy was classified as being in a "poor state of conservation," her valuable jewelry was remarkably pristine. The archaeological team led by José Galán believes the jewelry may have been her bridal dowry. 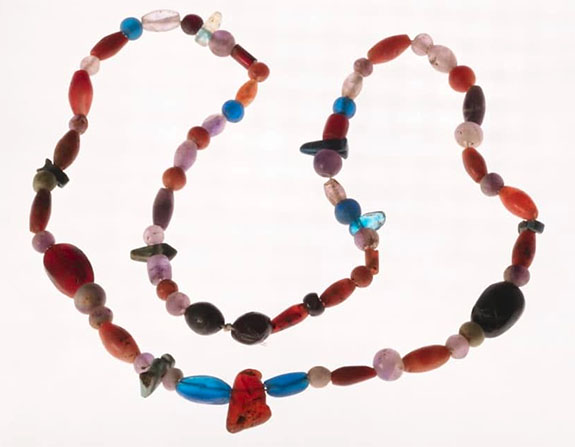 The most impressive of the jewelry items — even by today's standards — is a fashionable 24-inch-long (61cm) necklace made from 74 beads of amethyst, carnelian, amber, blue glass and quartz. It also includes two scarabs, one depicting the falcon god Horus, and five faience amulets.

A second necklace measuring 27.5 inches (70cm) was adorned with alternating light and dark blue faience beads. A third, slightly shorter necklace featured green faience and glass beads. The fourth necklace incorporated several strings of beads knotted together at both ends with a ring, according to the Egyptian Ministry of Tourism and Antiquities.

The teenager wore two spiral earrings in one ear, both of which were coated in copper leaf. One of her rings featured a blue glass bead set in a metal base and the other was crafted from bone. 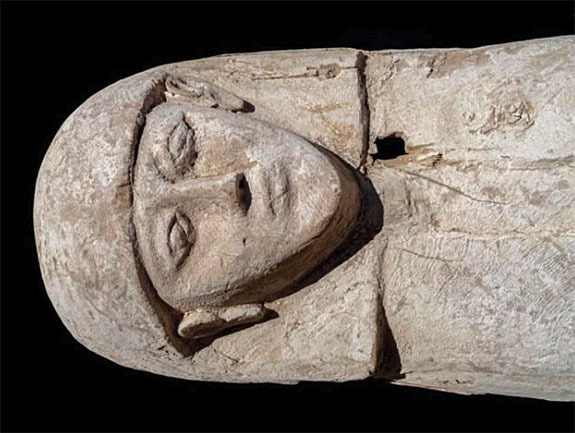 Also found in the funerary shaft were a pair of well preserved leather sandals and a pair of leather balls tied together with a string. Archaeologists believe the balls might have been used during a sport or for choreographed dancing.

Credits: Images courtesy of the Egyptian Ministry of Tourism and Antiquities.