'Lotus Ring' Smashes Guinness World Record for the Most Diamonds Set in a Ring July 5, 2018

The "Lotus Ring" has just smashed the Guinness World Record for the most diamonds set in a single ring. By employing an ingenious design featuring 48 individual diamond-encrusted "petals," Indian jewelers Vishal and Khushbu Agarwal were able to set a staggering 6,690 diamonds into an 18-karat rose gold structure. 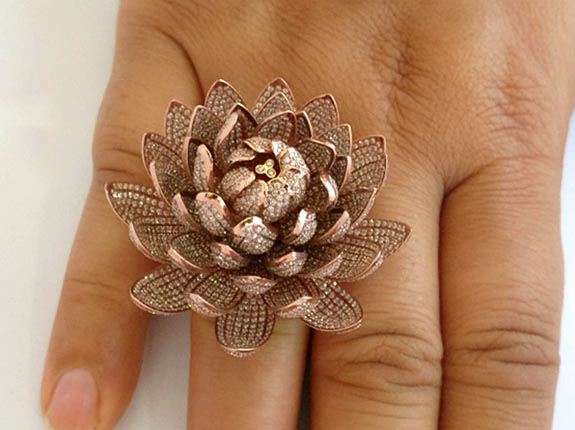 The intricately detailed ring, which took more than six months to design and craft, is valued at $4.1 million and is heavier than a golf ball at 58 grams (2.05 ounces). 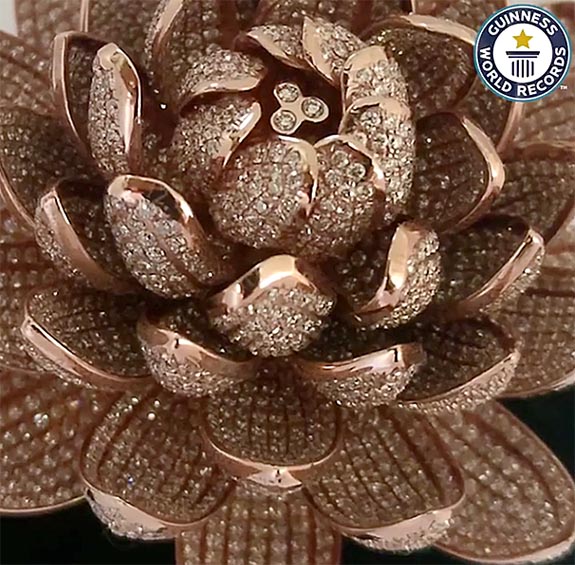 Over the past seven years, the "Most Diamonds Set in a Single Ring" record has changed hands three times. 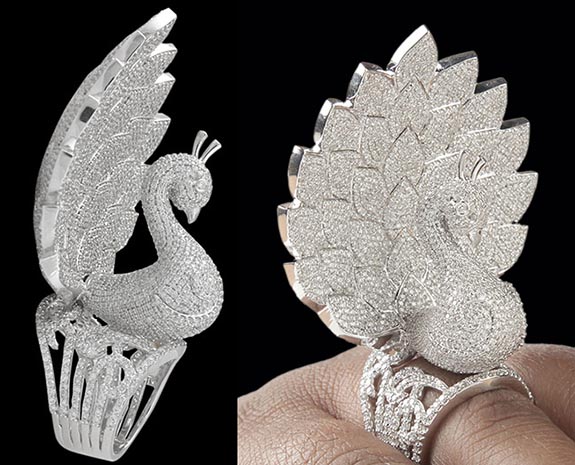 The Lotus Ring captured the record previously held by Savio Jewellery's "Peacock Ring," which had established it own record in 2015, with 3,827 ideal-cut diamonds set in 18-karat gold. That ring had an estimated value of $2.7 million.

At the time, a spokesperson for the India-based Savio Jewellery company had told JCK magazine that the manufacturing process took three years to complete, with individual diamonds ranging in weight from 0.003 carats to .01 carats. The Peacock Ring's diamond count was 51% greater than that of the previous record holder, the "Tsarvena Swan," which held its title since 2011.

Vishal Agarwal is credited with coming up with the Lotus Ring design, while Khushbu Agarwal, the owner of Hanumant Diamonds, funded the project and provided the artisans to complete the fabrication. 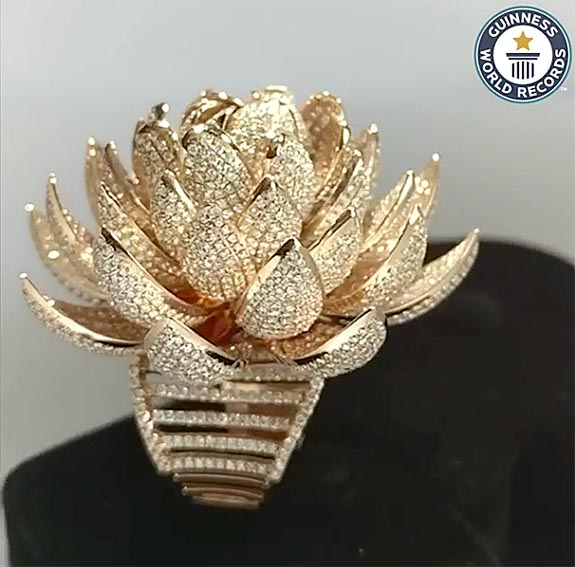 The Agarwals are hoping that the Lotus Ring will help raise awareness about the importance of water conservation. As the national flower of India, the lotus depicts "the beauty growing in the water-world," according to Vishal and Khushbu, who are both based in Surat, India.

"As fame is so much attached to a Guinness World Records title, we can put it to good use by bringing together like-minded people to work towards a beautiful world," they said in a statement.

Please check out the video, below, which offers an insider's view at how the Lotus Ring was manufactured.