By the slimmest of margins, the 7,801-diamond “Divine” ring recently captured a Guinness World Record for the most diamonds set in a single ring, overtaking the 7,777-diamond “Lotus Temple Ring,” which held the honor for 14 months. 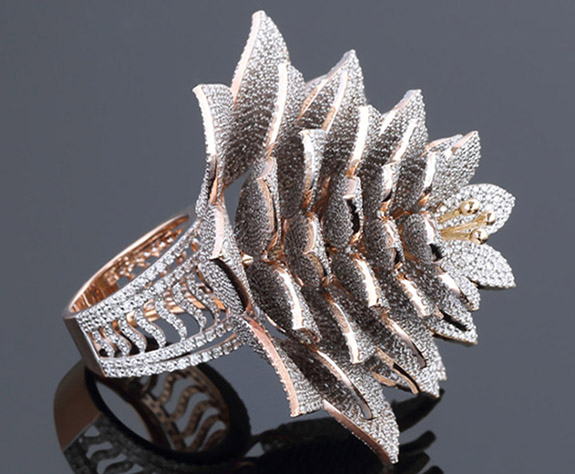 Officially called "The Divine - 7801 Brahma Vajra Kamalam," the ring conceived by India-based jeweler Kotti Srikanth was inspired by the rare Brahma Kamalam flower, which is native to the Himalayas.

"In India we have a tradition of respecting our Gods with garlands of flowers, and individual flowers are used as an offering," noted Srikanth. "The flowers signify the essence of purity." 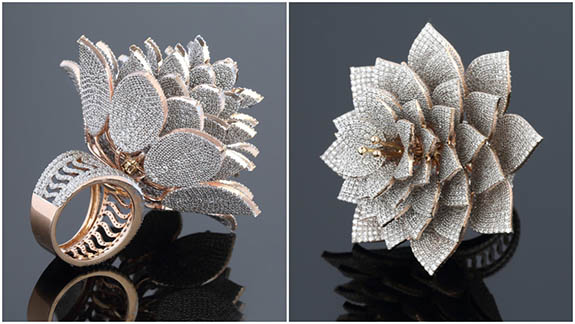 As seen with the previous record holder, the secret to getting that many diamonds onto a single ring is the layering of diamond-encrusted petals. Srikanth's award winner is composed of six layers of petals, the first five of which have eight petals each, and the last with six petals.

Srikanth, who is owner of Hallmark Jewellers in Hyderabad, began the design process in September 2018. What started as a pencil drawing evolved into CAD rendering by the early part of 2019. The computer-aided design helped confirm the exact number of diamonds that would be needed to complete the piece. It also ensured that the final result would surpass the previous record holder. In May 2019, Srikanth and his team started the tedious process of procuring diamonds for the final piece.

"We have had a great learning experience here and it will encourage us to create new jewelry masterpieces in the future," Srikanth said. "Jewelry is my passion. I simply love creating new concepts and converting them into wearable jewelry." 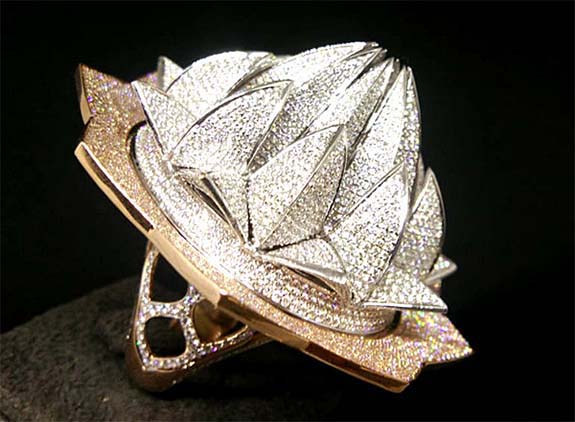 Valued at $4.9 million, the previous record holder was designed by Mumbai-based Lakshikaa Jewels and inspired by the famous Lotus Temple in Delhi. A team of 12 crafters and one jeweler/designer worked 18 months to complete the project.