The Hope Diamond may be the most famous gemstone in the world, but when NBC’s Harry Smith recently visited the Smithsonian in Washington, DC, he highlighted the surprising story behind the parcel that ferried the priceless 45.52-carat gem in 1958 from Harry Winston's New York headquarters to its new home in the US capital. 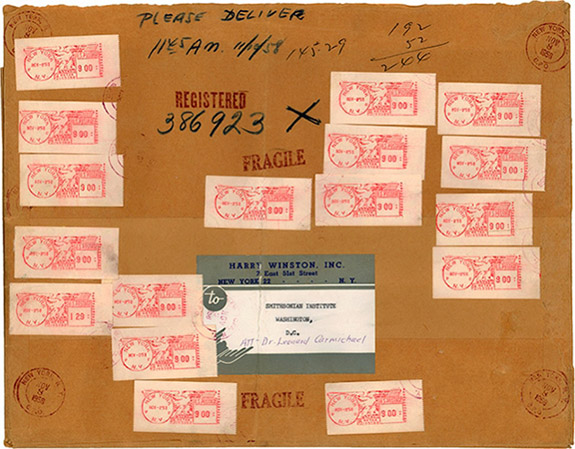 In the six-minute piece that aired on NBC's TODAY show earlier this week, we learned that when the esteemed Fifth Avenue jeweler decided to donate the gem to the Smithsonian, his preferred carrier was — not an armored vehicle — but the US Postal Service. The registered First-Class postage cost him just $2.44, but he also paid $142.85 for $1 million worth of insurance. The total payment of $145.29 is equivalent to $1,289 today.

“It’s the safest way to mail gems,” Winston told The Evening Star (Washington, D.C.). “I’ve sent gems all over the world that way.”

Winston was right. The package arrived in DC safe and sound. 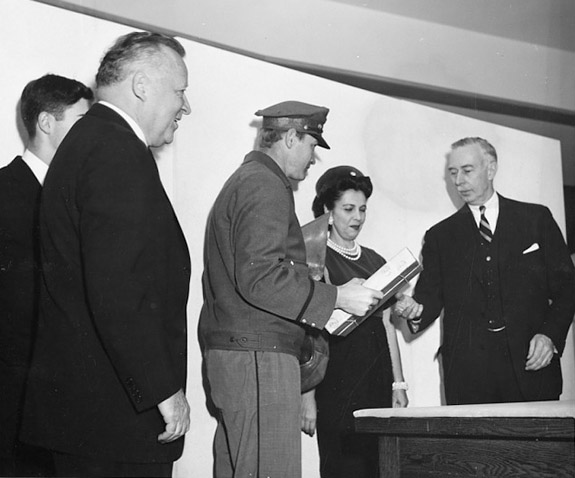 In Washington, the package stamped "Fragile" was delivered to the Natural History Museum by local letter carrier James G. Todd. Reporters were on hand to witness Todd plucking the valuable package from his mail satchel and presenting it to Smithsonian Secretary Leonard Carmichael and Smithsonian curator George Switzer. Also attending was Edna Winston, the jeweler's wife. 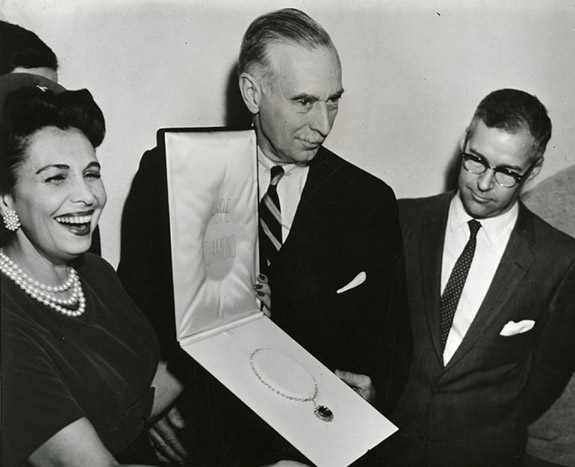 While the Hope Diamond is the most popular exhibit at the Janet Annenberg Hooker Hall of Geology, Gems, and Minerals, only 1.3 miles away at the National Postal Museum, the post-stamped mailing wrapper remains one of its most cherished artifacts.

"The National History Museum can have the diamond. I want the box it came in," said Dan Piazza, Curator of the Smithsonian's National Postal Museum. "I kind of think we got the better end of the deal." 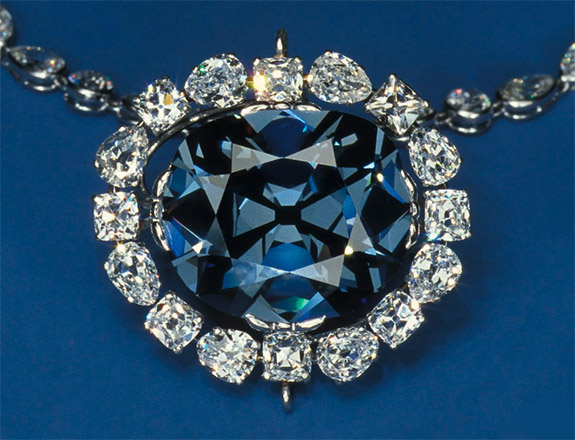 Smith and Jeffrey Post, the Curator-in-Charge of Gems and Minerals at the Smithsonian, shared a nervous laugh when discussing the credibility of the "Hope Diamond Curse." Within a year of completing his delivery in November of 1958, Todd was plagued by a series of tragic events. He suffered a crushed leg and head wound in two separate automobile accidents, his wife died of a heart attack, his dog strangled on his leash and Todd’s home was partially destroyed by fire.

The Hope Diamond has been a permanent resident of the National Gem Gallery for 62 years. Over that time, it has left the safe confines of the museum only four times, according to the Smithsonian. In 1962, it was exhibited for a month at the Louvre in Paris, as part of an exhibit entitled "Ten Centuries of French Jewelry." In 1965, the Hope diamond traveled to South Africa where it was exhibited at the Rand Easter Show in Johannesburg. In 1984, the diamond was lent to Harry Winston Inc., in New York, as part of the firm's 50th anniversary celebration. In 1996, the diamond returned to Harry Winston for a cleaning and some minor restoration work.

See the TODAY show segment at this link.