A long-standing symbol of the world’s largest humanitarian network, "The Red Cross Diamond" will be hitting the Christie's auction block for the third time in 104 years. And just like its original appearance in 1918, the sale of the 205.07-carat canary yellow diamond on May 11 in Geneva will benefit the efforts of the International Committee of the Red Cross. The gem is reportedly worth upwards of $10 million. 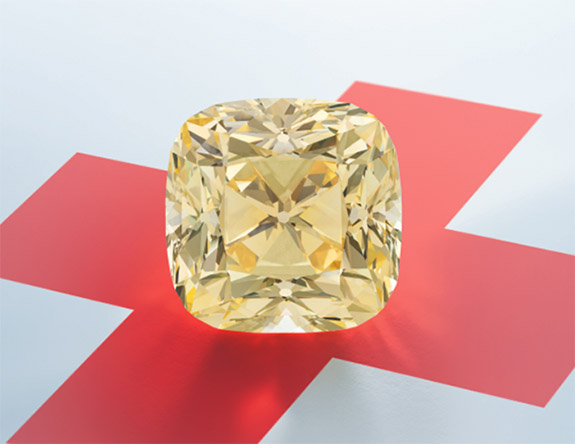 The original rough stone was unearthed in 1901 in a De Beers South African mine and reportedly weighed 375 carats. Besides ranking as one of the largest diamonds in the world, a striking feature of the faceted gem is the eight-pointed Maltese Cross, which is clearly visible on the table facet of the diamond. 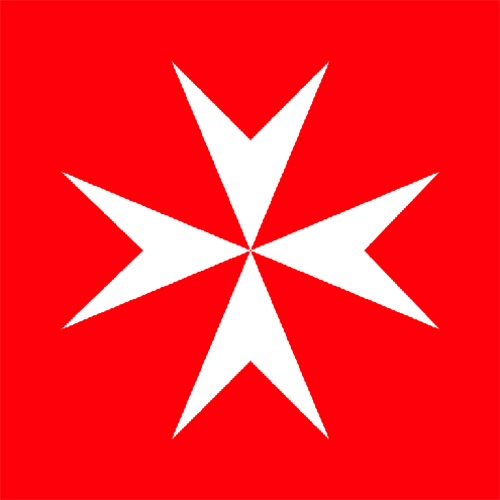 In April of 1918, the stone was first offered for sale at Christie’s London by the Diamond Syndicate in aid of the British Red Cross Society and the Order of St John, whose symbol is the Maltese cross. The cushion modified brilliant-cut diamond, which carries a color grade of fancy intense yellow and a clarity grade of VS2, was purchased by the famous London firm S.J. Phillips for a then-staggering £10,000 (approximately $786,000 today).

The Red Cross Diamond appeared for sale once more at Christie’s Geneva in November of 1973, this time achieving CHF 1.8 million and returned to private ownership.

"This is a very special bond and tremendous honor," noted François Curiel, Chairman of Christie’s Europe and Head of the Luxury Department. "Part of the proceeds of the sale will benefit the International Committee of the Red Cross, for a cause that is even more poignant in the midst of current events.”

The Red Cross Diamond will be on display at Christie's New York gallery from April 29 to May 1 before moving on to Christie's Geneva at the Four Seasons Hotel des Bergues from May 6 until the sale.

The Magnificent Jewels auction will take place on May 11 at 4pm local time, when the The Red Cross Diamond (Lot 61) will share top billing with a 228.31-carat, pear-shaped, colorless diamond called “The Rock” (Lot 26).