Entombed with the Pharaohs of Ancient Egypt, garnets have been coveted by kings and commoners alike for thousands of years. The fabulous and versatile January birthstone comes in a wide array of natural colors, including deep red, purple, orange, yellow, violet, green, black, brown — and a vibrant raspberry pink. 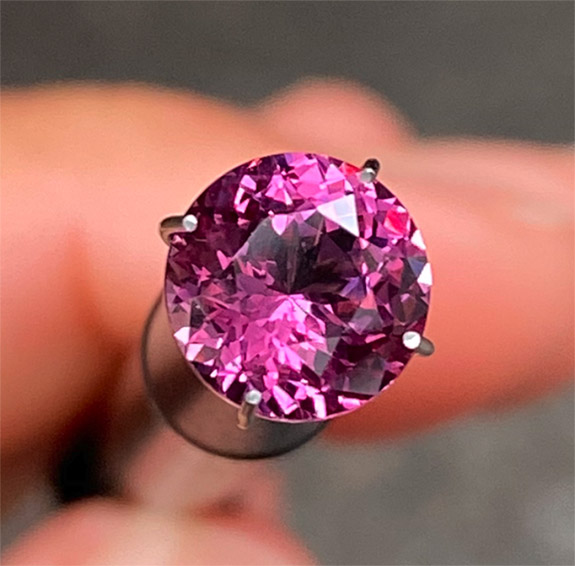 This ultra-feminine pink variety of garnet is called "rhodolite."

According to the Smithsonian, pink garnets were discovered by mineralogist William Earl Hidden in the Cowee Valley of Macon County, NC, in the late 1800s and were named rhodolite because their color resembled the blossoms of the local rhododendron plant. "Rhodon" in Greek means "rose-like." 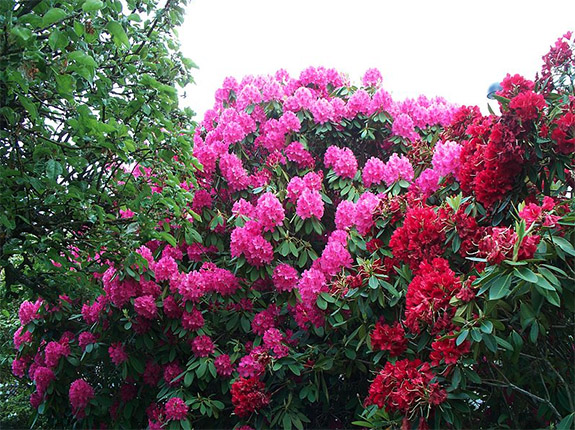 In addition to the rhodolite garnet, other varieties commonly seen in jewelry include pyrope, almandine, andradite, demantoid, grossularite, hessonite, tsavorite, spessartine and uvarovite. Garnets achieve their range of color from trace amounts of iron, manganese, calcium or aluminum in their chemical makeup.

Rhodolite is described as the variety of garnet with a coloration and chemistry that bridges pyrope (red) and almandine (red to brownish or purplish-red). Rhodolite contains more magnesium than iron in its chemical structure, thus the color leans more to pyrope. Rhodolite is available in a range of shades from violet to red, including lavender pink, raspberry rose, raspberry red, purplish-violet and purplish red.

This variety of garnet became a popular one for fine jewelry because of its brilliance, color range, transparency and durability. Garnet rates 6.5 to 7.5 on the Mohs hardness scale. By comparison, diamond rates a 10, sapphire a 9 and topaz an 8.

The most important sources of top-quality rhodolite garnet are Sri Lanka, Tanzania, India and Zimbabwe.