A golden laurel leaf trimmed from the coronation crown of French emperor Napoleon Bonaparte in 1804 sold for a surprising $730,000 at an auction near Paris on Sunday. The hammer price was more than four times the pre-sale high estimate. 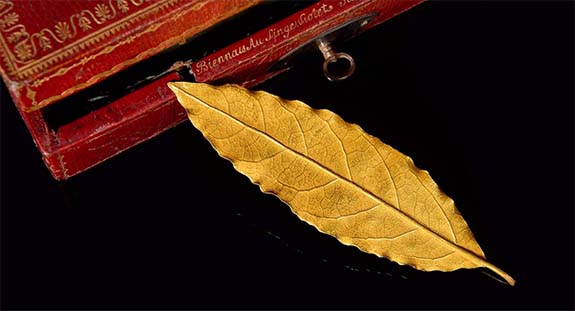 Weighing barely 10 grams (.35 ounces), the leaf's precious metal value is less than $500. But Jean-Pierre Osenat of the auction house that bears his family's name told Reuters that the sale price "certainly isn't based on the weight of the gold, but on the weight of history." 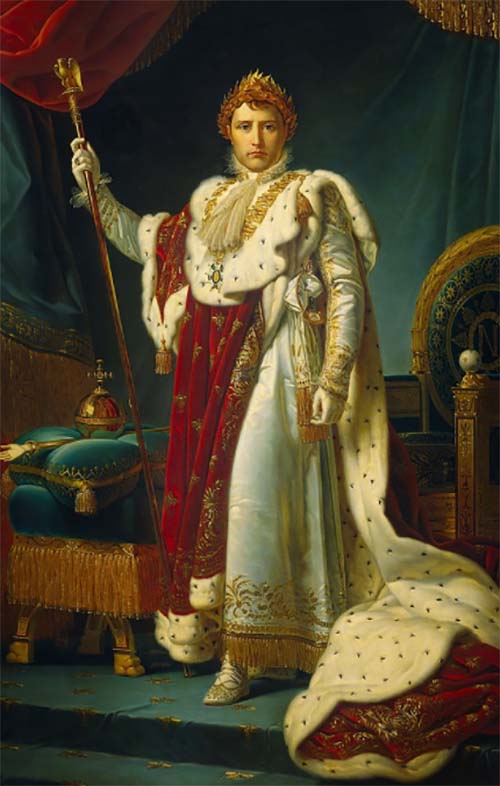 Napoleon famously crowned himself emperor in a lavish event at Notre Dame. A vital part of his regalia was a Julius Caesar-style laurel wreath formed from 44 large gold leaves and 12 smaller ones.

During the fitting, Napoleon complained to jeweler Martin-Guillaume Biennais that the crown was too heavy. The jeweler solved the problem by snipping six large leaves from the crown. Biennais was a proud father of six daughters and gifted each one with a laurel leaf.

The leaf that headlined the Osenat auction in the ritzy Paris suburb of Fontainebleau on Sunday had remained in the Biennais family since the coronation. The whereabouts of the other five leaves are unknown. The auctioned leaf had been preserved in its original red Morocco leather case, signed "Biennais au Singe Violet rue S Honoré No 511."

In fact, the single golden leaf is all that remains of the crown, which was melted down in 1819 — four years after Napoleon fell from power after the Battle of Waterloo.