Gold and Titanium May Hold the Key to Curing Some Forms of Blindness, Chinese Researchers Say March 22, 2018

Chinese researchers have successfully restored the vision of blind mice by replacing their deteriorated photoreceptors with artificial ones made from gold and titanium. 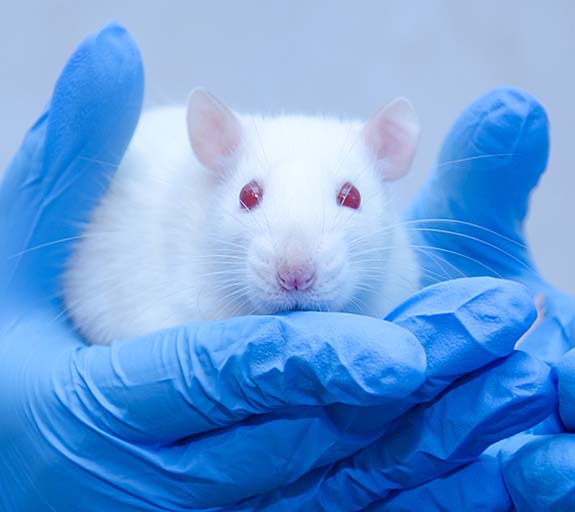 Using jewelry-industry metals to reverse blindness could prove to be a game changer in the treatment of debilitating eye diseases, such as retinitis pigmentosa (RP) and macular degeneration.

In the study, scientists from Fudan University and the University of Science and Technology of China swapped out degraded photoreceptors — the sensory structures in eyes that respond to light — with replacements made from titanium nanowires studded with gold flakes.

The researchers reported that the once-blind mice began responding to green, blue and ultraviolet light. Their pupils dilated, confirming that the photoreceptors were, in fact, working. Essentially, the missing links between the eyes and the brain had been reestablished.

Interestingly, the titanium and gold photoreceptor replacements need no outside power source to function. They simply remain in physical contact with retinal cells and pass the animal's natural electrical impulses to the visual cortex. The photoreceptors remained implanted in the mice for eight weeks, during which the animals showed no ill side effects or discomfort.

The team's findings were published in the journal Nature Communications.

The researchers were not able to measure visual acuity or whether the mice regained full color vision, so there is still much work to be done. Nevertheless, the Chinese study paves the way for fascinating future research — and these advancements could mean a very bright future for people suffering from blindness.