Graphite fragments preserved within a Greenland ruby could be evidence of ancient microbial life dating back 2.5 billion years, according to a new study. 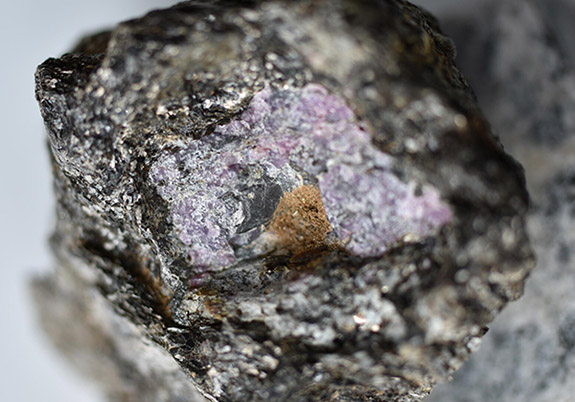 The research team, led by Chris Yakymchuk, professor of Earth and Environmental Sciences at the University of Waterloo in Ontario, Canada, set out to study the geology of rubies to better understand the conditions necessary for ruby formation.

During this research in the North Atlantic Craton of southern Greenland — which contains the oldest known deposits of rubies in the world — the team found a ruby sample that contained graphite, a mineral made of pure carbon. Analysis of this carbon indicated that it is a remnant of early life.

"The graphite inside this ruby is really unique," Yakymchuk said in a statement. "It's the first time we've seen evidence of ancient life in ruby-bearing rocks."

He said that the graphite within the ruby was likely composed of dead microorganisms, such as cyanobacteria.

As reported by Livescience.com, cyanobacteria are thought to be some of the first life on Earth. Scientists believe that over billions of years of converting sunlight into chemical energy, cyanobacteria gradually produced the oxygen necessary for complex life to eventually evolve.

The graphite found in the ruby formed during a time on the planet when oxygen was not abundant in the atmosphere, and life existed only in microorganisms and algae films, Yakymchuk explained.

During this study, Yakymchuk’s team discovered that this graphite not only links the gemstone to ancient life but was also likely necessary for this ruby to exist at all. The graphite changed the chemistry of the surrounding rocks to create favorable conditions for ruby growth. Without it, the team’s models showed that it would not have been possible to form rubies in this location.

"For me personally, it's quite humbling to think about all the things that are encapsulated in this ruby as a reminder of our small part in the long history of planet Earth," Yakymchuk told the Canadian Broadcasting Corp.

Titled "Corundum (ruby) growth during the final assembly of the Archean North Atlantic Craton, southern West Greenland," the study was recently published in Ore Geology Reviews. A companion study, "The corundum conundrum: Constraining the compositions of fluids involved in ruby formation in metamorphic melanges of ultramafic and aluminous rocks," was published in the journal Chemical Geology in June.