Can Diamond Filtration Improve the Taste of the World's Finest Vodka? October 22, 2020

Back in 2007, actor Dan Aykroyd and artist John Alexander developed a unique vodka that was triple filtered through "Herkimer Diamonds." The proprietary process for making Crystal Head vodka used layers of these stones to extract the impurities that conventional filters could not — delivering a clean, ultra-smooth vodka that was intended to be enjoyed chilled and straight up. 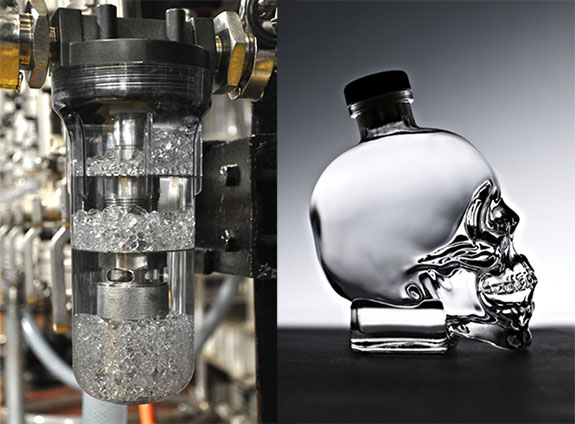 (In an interesting side note, Herkimer Diamonds are not diamonds at all. They're actually double-terminated quartz crystals found in Upstate New York.)

Over the years, premium vodka makers, such as Three Sixty Vodka, Diamond Glacier 33 and Carbonadi, have upped the filtration game to include actual diamonds in the process.

In a 1,500-word essay published a few days ago at The Daily Beast, author Wayne Curtis took on the question of whether diamond filtration could actually change the taste of premium vodka or if the concept was just a clever marketing gimmick.

His conclusion was a resounding "Maybe."

The experts at Liquor.com explained that the process of making vodka has many variables, including the ingredients used to make the mash, the purity of the water, the type of still used to make the alcohol and the container in which the end-product is collected. Vodka that is intended to be sipped straight often requires a certain amount of filtration. Some vodkas are filtered again and again, while others are not filtered at all.

Filters can be made from charcoal, metal, micron paper, lava rocks, coconut carbon or any combination thereof.

According to Curtis, the most luxurious vodkas in the world have one thing in common — diamond filtration. 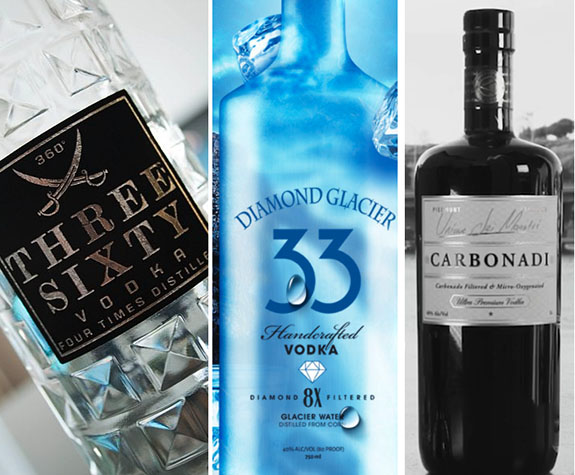 Diamond Glacier 33 combines premium ingredients, such as glacier water, gluten-free corn mash and a diamond filtration process that passes the vodka over the gemstones eight times.

Carbonadi Vodka is made from organic Italian wheat, Alpine water and a filtration process that passes the vodka five times through activated charcoal. The material is then micro-oxygenated and filtered through carbonados, which are porous black diamonds.

Curtis posed the question, "So can diamonds capture some of those impurities and prevent them from going into the bottle?"

Stephen Haggerty, a distinguished research professor of geophysics at Florida International University, told Curtis that the answer is both "Yes" and "No."

“Here’s the thing,” he told Curtis. “If the filtration is carried out prior to distillation, then all of these non-essential alcohol components — all the oily components — would stick to the diamonds.”

The professor also clarified that, for various scientific reasons, diamond filtration wouldn’t be as effective after distillation.

Ricky Miller III, the co-founder and creative director of Carbonadi Vodka, told Curtis that the carbonados in his filtration system pick up and absorb impurities that aren’t caught in a conventional process.

Curtis reported that Miller is working on a portable diamond filtration device that he will be bringing to bars and trade shows. This will give him an opportunity to win over skeptics with before-and-after tastings.