Bride-to-Be Shares How She Swallowed Her Engagement Ring During Vivid Dream September 17, 2019 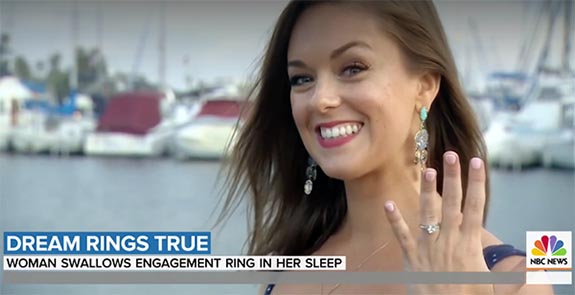 Evans told Today's Gadi Schwartz that she was having an action-packed, exciting dream about a cargo train and some villains.

"It was very James Bond," she said. "And in my dream my fiancé told me that I needed to swallow my engagement ring in order to protect it, I guess."

While still in a semi-dream state, Evans slid the diamond ring off her finger, put it in her mouth and swallowed it with a glass of water.

When she woke up the next morning, the 29-year-old noticed her ring was gone and she had a very good idea of where it could be.

"I couldn't help but laugh at it, and then I had to wake my fiancé up and tell him that I had swallowed my engagement ring," the frequent sleepwalker told Schwartz. 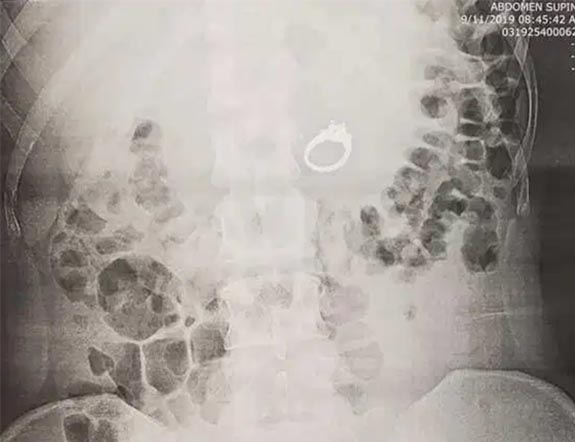 Urgent care physicians confirmed Evans' hunch when an X-ray revealed the distinctive shape of a diamond ring in her digestive tract.

Rather than risk internal injuries as the ring traveled naturally through her system, the doctors ordered an emergency upper endoscopy to retrieve the ring. 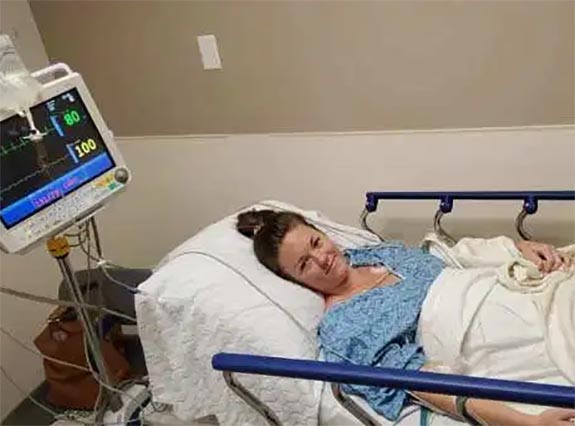 "They put a camera down my throat with a net, and they scooped it up and pulled it right out," Evans said.

The doctors handed the ring to Evans' boyfriend, Bobby Howell, for safe keeping. It wasn't until the next day that Evans got her ring back.

"I promised not to swallow it again, we're still getting married and all is right in the world," she wrote. The wedding is planned for May of 2020. 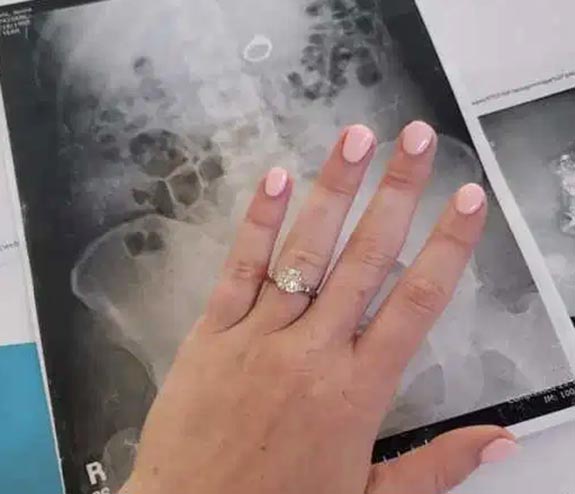 Despite a scary hospital visit, Evans was able to enjoy the silly side of her predicament. She shared her story on Facebook, hoping it would bring smiles to the folks who happened upon her post.

On Facebook, she wrote, "I also had no idea this would go viral — please be kind. I didn't do it on purpose and I'm not trying to change the world here, just share a funny story and hopefully a good belly laugh. Pun intended."