Bejeweled Dragons Could Earn the Title of the World's Largest Pieces of Jewelry May 19, 2020

Mounted high above the lobby of the six-star Imperial Palace Saipan are two bejeweled dragons fighting over a flaming pearl. The installation spans more than 60 meters, weighs 40 tons and sparkles with 2.5 million Swarovski crystals. 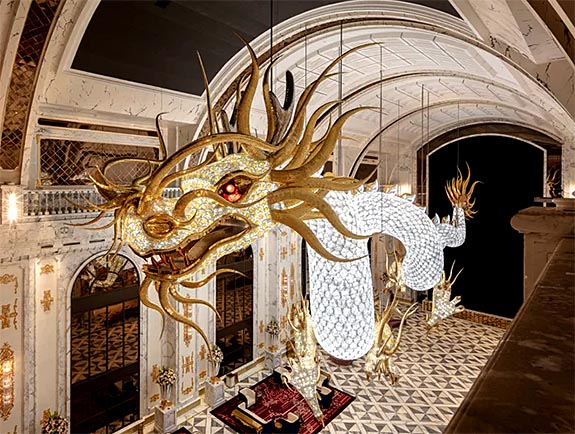 Czech design firm Lasvit is hoping that its massive undertaking will be recognized by Guinness World Records as the world’s largest pieces of jewelry.

“In this project, we approached the limits of what is both technically and physically possible," noted Leon Jakimič, Lasvit’s founder and president. "Master glassmakers and metalsmiths brought the know-how of hundreds of years of craft tradition while their work was backed by a high-tech design process throughout.” 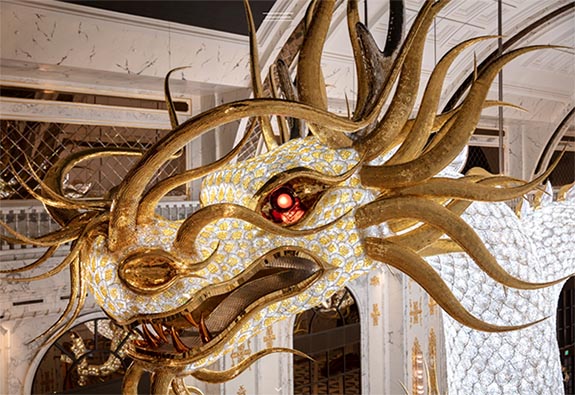 Jakimič added that the "Saipan Dragons" installation took more than three years to complete and required the expertise of hundreds of technicians from the Czech Republic. It's the company's largest installation to date.

Dragons battling to clutch the elusive pearl is a theme deeply rooted in Chinese mythology. The dragons are divine mythical creatures that symbolize strength, good fortune and transformation, while the pearl — often depicted as a red or white sphere ringed by a fiery blaze — represents wisdom, enlightenment and spiritual essence.

Saipan, which is an island in the western Pacific Ocean about 135 miles northeast of Guam — lies within an active seismic zone. For that reason, the main bearing part of the dragon is made of a stainless-steel truss structure which forms the complete shape and winds throughout the dragon’s body. 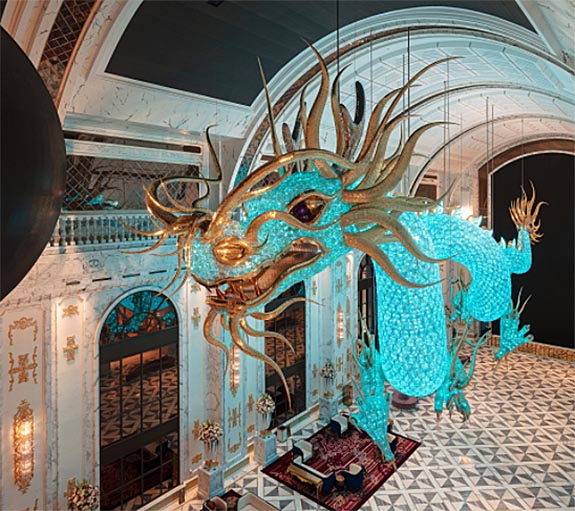 The dragons are covered with 13,000 golden scales and 2.5 million Swarovski crystals, which are illuminated by concealed multi-hued LED chips. The dragons have the ability to change color almost instantly.

Check out Lasvit's video, below.