An elderly British woman who brought her "costume" jewelry to a local auctioneer to be evaluated was stunned to learn that a huge "faux" stone in the collection was actually a 34-carat diamond valued at more than $2 million. 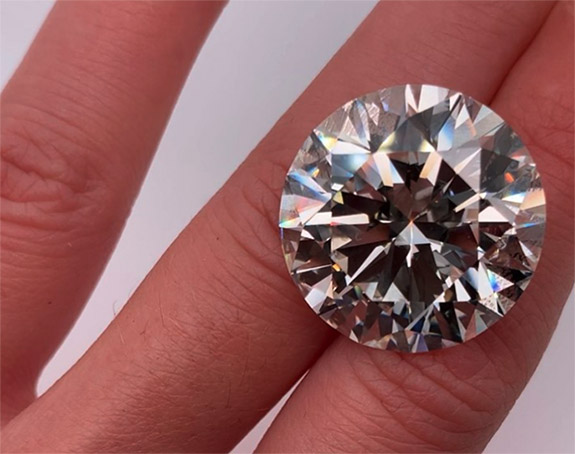 The woman — described as a lovely, elderly lady in her 70s who wished to remain anonymous — had amassed much of her collection at car boot sales over many years. Car boot sales differ from flea markets because they are generally populated not by professional sellers, but by ordinary folks who sell their unwanted household items out of the back of their cars. 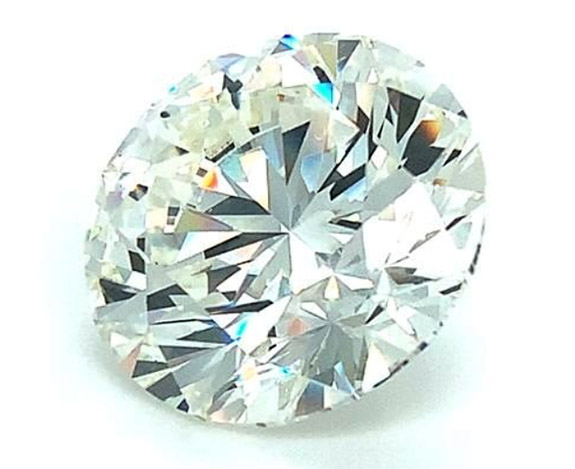 Mark Lane, the owner of Featonby's Auctioneers, said that the box of jewelry contained a number of low-value costume jewelry items, as well as the retiree's wedding band and the unusually large clear stone.

At first, Lane believed the round brilliant-cut stone was likely a cubic zirconia. The stone sat on his desk for two or three days until a friend of the company made a passing comment that he should test the stone.

The friend's hunch was right. Lane held his diamond tester to the stone and it registered as genuine.

The HRD Diamond Grading Laboratory in Antwerp confirmed that the elderly lady's gem was, in fact, a 34.19-carat round, brilliant-cut diamond boasting H color, VS1 clarity and a triple excellent cut grade. Lane described the gem as larger than a British pound coin, which is equivalent to about an inch wide.

"The color, the clarity, the size… to find a 34-carat diamond is off the scale," Lane told the BBC.

Lane explained that the woman had nearly tossed the gem into the trash, believing it was valueless.

"She told us she'd been having a 'clearout' and that it nearly went in the bin before her neighbor suggested bringing her items to us to get valued," Lane said.

Featonby's Auctioneers is promoting the diamond as “The Secret Stone," and will be offering it for sale during a single-lot auction on November 30 at the auction house's Newcastle location. Featonby's estimates the diamond will sell in the range of £1.6 million ($2.1 million) to £2 million ($2.7 million).