Until last week, RNC Minerals had been running a ho-hum nickel operation at the Beta Hunt Mine in southwestern Australia. But, when a gold vein was discovered about 1,600 feet underground, the miner decided to do some deeper blasting — and the results were spectacular. 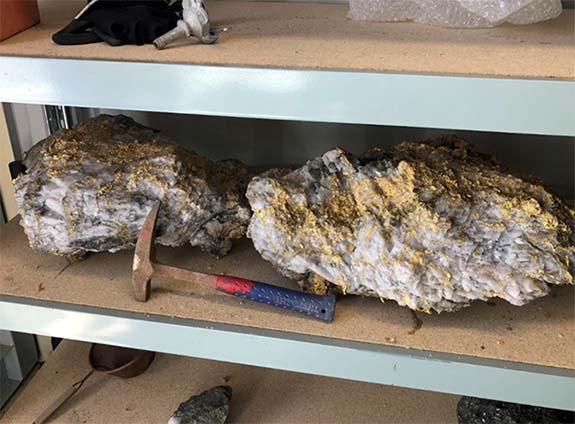 Miner Henry Dole, who witnessed the aftermath of the blast, told Australia's ABC News that huge chunks of gold littered the area. 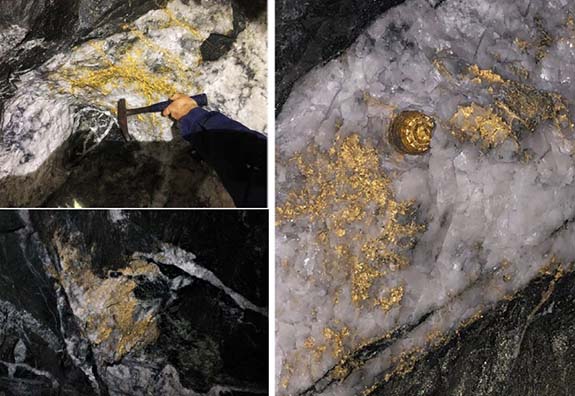 "There was just gold everywhere, as far as you could see," he said. "I nearly fell over looking at it... we were picking it up for hours."

The Canada-based RNC Minerals reported that the total yield was about $11 million worth of material.

"This is a spectacular discovery — possibly the find of the century in the Australian Gold Fields," Ross Large, professor of geology at University of Tasmania, told the Financial Times. "This is the sort of find that you would associate with the 1860s Gold Rush and will probably cause a boom in exploration."

The two huge gold-laden specimens, worth $5 million combined, will go to auction as collector's items, according to RNC Minerals chief executive Mark Selby.

"There's a pretty select group of collectors who this would appeal to," he told the BBC.

"People do still record finding nuggets in the goldfields, but typically they are less than several ounces," Sam Spearing, director of the Western Australia School of Mines at Curtin University, told the BBC. "Very, very seldom do we see results on that level. This is an exceedingly rare find and very exciting."

Miners in Australia often extract as little as 2 grams of gold per ton of rock, Spearing noted. By comparison, RNC Minerals said it had extracted 2,200 grams per ton.

Selby said in a statement that there is still more high-grade gold potential at the Beta Hunt mine, which is near Kambalda in Western Australia. Beta Hunt had been operating as a nickel mine since 1973.

Australia has a long history of yielding massive gold nuggets. One of the largest ever was called the "Welcome Stranger" and weighed 145 pounds. Legend states that it had to be broken on an anvil before it could fit on a bank scale.