Adventurer Josh Gates investigates the 2005 theft of one of the most iconic pieces of Hollywood memorabilia of all time — the ruby slippers worn by Judy Garland as Dorothy in The Wizard of Oz — during Tuesday night's episode of "Expedition Unknown" on the Discovery Channel. 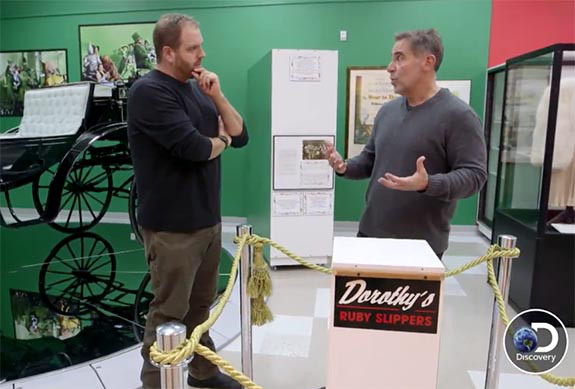 Following the biggest lead in more than a decade, Gates dons his scuba gear and dives into an abandoned iron ore pit near Grand Rapids, Minn., with the hopes of finding the elusive slippers.

On August 28, 2005, a pair of ruby slippers that had been on loan to the Judy Garland Museum in Grand Rapids were stolen in the dead of night. During Gates' investigation, he discovers that the heist has all the earmarks of an inside job. The alarm on the museum's emergency exit door had been deactivated. The access door to the exhibit area had been left unlocked and the security camera that had been aimed at the ruby slippers was turned off. 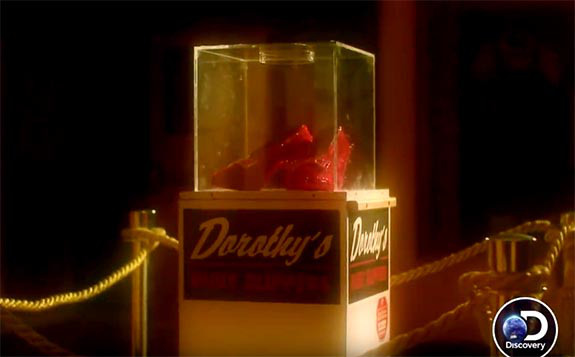 Via smoky re-enactments, the viewer learns that the thieves broke the glass of the emergency exit door, strolled into the exhibit hall, smashed the glass enclosure of the display and dashed off with the slippers. It all took less than 45 seconds.

Over the years, there had been rumors that teenage pranksters had stolen the slippers, loaded them into a can and then into a duffle bag. Apparently, they weighted the duffle bag and then dumped it into a flooded mining pit.

Reportedly insured for $1 million, the stolen slippers had been owned by California collector Michael Shaw and were among the five pairs designed by MGM’s chief costume designer Gilbert Adrian for the 1939 blockbuster. Dorothy's ruby slippers have been called “the most famous pair of shoes in the world” and “the Holy Grail of movie memorabilia.”

Recently, one of the remaining pairs was offered for sale by auction house Moments in Time for $6 million. Another pair is undergoing extensive conservation care and will be returning to the Smithsonian's National Museum of American History on October 19. 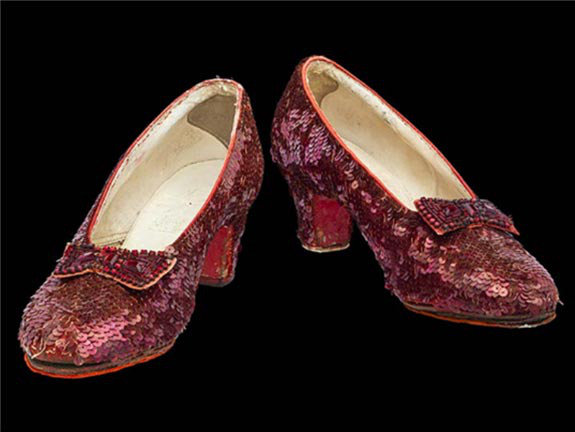 In Grand Rapids, at the Judy Garland Museum, visitors can purchase ruby slipper memorabilia, including a T-shirt with the slogan, “Who Stole The Ruby Slippers?”

Find out if Gates can solve the mystery on tomorrow night's episode of "Expedition Unknown."

Check out the Discovery Channel's two-minute teaser below...