A sparkly red, white and green brooch that was scooped up for just $8 at an Ohio garage sale five years ago delivered a $26,250 windfall at Bonhams New York on Tuesday. 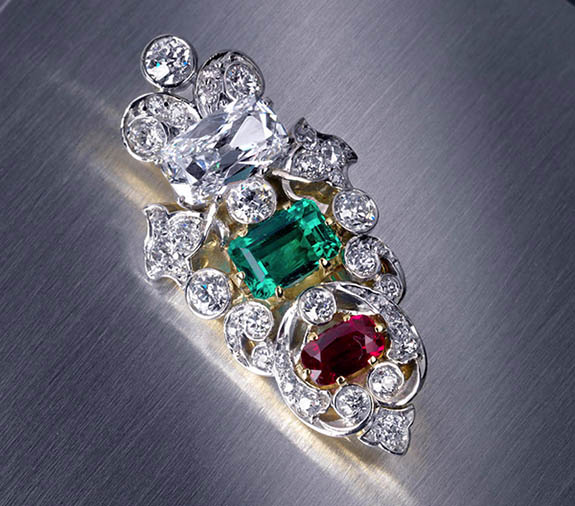 Although the brooch was hardly the highest priced lot of the Bonhams auction, the feel-good It Could Happen to You narrative behind the piece made it the most intriguing.

Amid the pre-sale hype, Susan Abeles, Director of U.S. Jewelry for Bonhams, told the New York Post, “This is a really wonderful story and it just goes to show, treasures are really everywhere.”

According to the auction house, the owner had presumed the brooch she bought at a garage sale was costume jewelry and gave it to her daughter to wear for church. The daughter reluctantly accepted the gift and placed it at the bottom of her purse, where it remained forgotten for months. 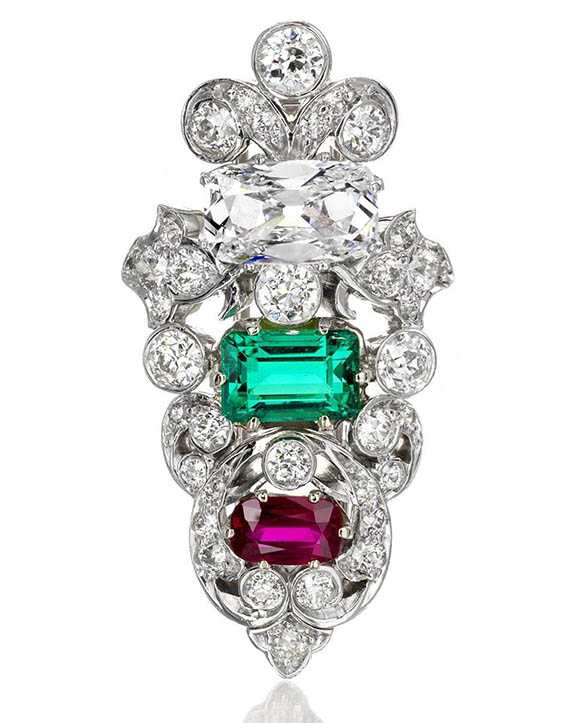 During a chance visit with her local jeweler, the young woman pulled out the brooch and shared the story of how she acquired it. The jeweler inspected the piece and revealed the unexpected news that the piece was very real.

When approached with the $8 brooch, Abeles and her team of jewelry experts immediately sent the stones to the Gemological Institute of America to be tested. Results confirmed that the three primary gems in the piece were not only genuine, but were of gem quality.

Near the top of the brooch is a 1.39-carat old mine-cut diamond that boasts a D color, VS1 clarity and Type IIa purity. The 1.50-carat rectangular-shaped emerald was of Colombian origin and the 0.60-carat oval-shaped ruby was determined to be of Burmese origin.

Old mine-cut diamonds were common in the 19th century and featured a smaller table and larger culet (the small flat surface at the bottom of a diamond) than modern brilliant-cut diamonds.

The gems are set in an openwork stylized shield design (circa 1900), which is crafted from platinum and 14-karat gold. The piece is accented with smaller old European-cut diamonds.

“Discoveries like these don’t happen very often, so we were delighted to offer this at auction where the actual value of the piece was finally realized,” Abeles told Forbes.com.