Framed by an oversized graphic of New York City's iconic Chrysler Building, auctioneer Rahul Kadakia slammed his hammer down to close out the bidding on the top lot at Christie's Magnificent Jewels event on Tuesday. It was 1:25 in the afternoon, and the 54.03-carat "Chrysler Diamond" — Lot 136 — had just fetched $5.07 million, narrowly edging out the 204.36-carat "Dancing Sun" diamond, which earned $4.95 million 90 minutes earlier in the session. 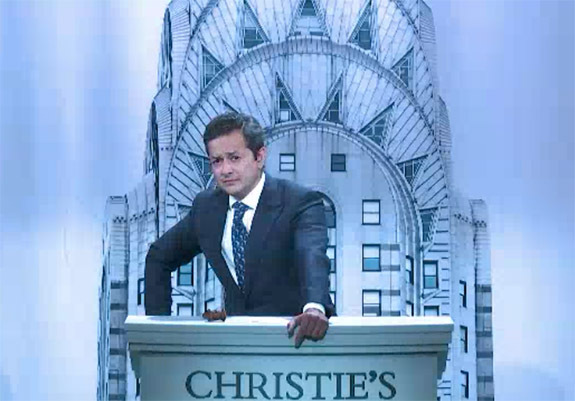 Based on Christie's choice of background graphics, the New York auction house clearly anticipated that the Chrysler Diamond would be the star of the high-profile event. The internally flawless diamond had been owned by Thelma Chrysler, the daughter of industrialist Walter Chrysler, who self-financed the 1,046-foot-tall Chrysler Building, an Art Deco marvel that was, for a short time in 1930, the tallest building in the world. 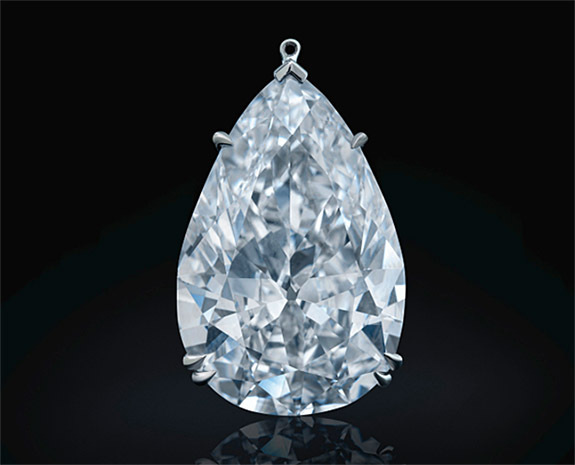 As the heir to the Chrysler fortune, Thelma became a prominent figure in New York high society. Her wardrobe was so spectacular that much of it was bequeathed to the Costume Institute of the Metropolitan Museum of Art before her death in 1957.

Among Thelma's prized possessions was the pear-shaped Chrysler Diamond, which was then known as the Louis XIV diamond and weighed 62 carats. Later, under the direction of luxury jeweler Harry Winston, the Chrysler Diamond was recut to achieve the highest potential color and clarity of D-flawless. At 58.6 carats, the newly trimmed stone was mounted as the centerpiece of a tiara, which included six pear-shaped diamonds totaling 22 carats and 233 smaller diamonds weighing 120 carats.

Christie's reported that the opulent headpiece was exhibited in 1962 at the Louvre in Paris as part of the museum’s "Ten Centuries of French Jewels" exhibition.

Just a year later, the Chrysler Diamond was removed from the headpiece and paired with a second diamond weighing 61.08 carats. The pair of diamonds — now called "The Geminis" — were made into matching earrings and sold to Canadian socialite Eleanor Loder. During this time, the original Chrysler Diamond was recut to its current size of 54.03 carats. 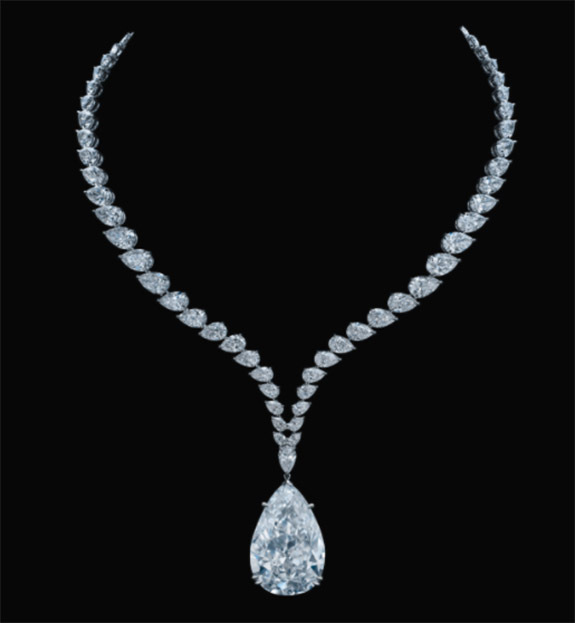 In 1983, the earrings were acquired by a private collector, who chose to separate the Geminis and, instead, highlight the Chrysler Diamond as the centerpiece of a regal necklace adorned with 43 brilliant-cut, pear-shaped diamonds.

Bidding on the Chrysler Diamond started at $2.6 million and edged up in increments of $200,000, finally topping out at $4.2 million. With the Buyer's Premium, the final price was $5.07 million. 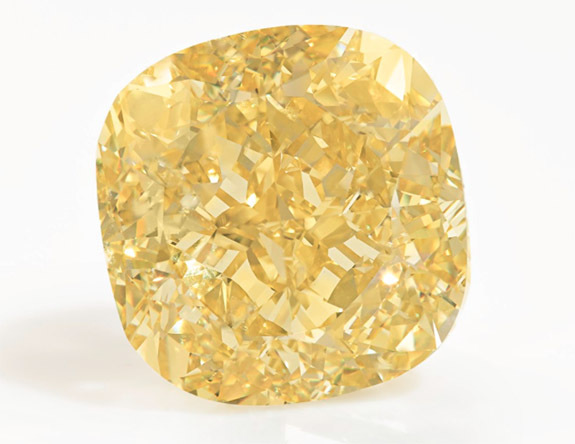 The Fancy Intense Yellow, cushion modified brilliant-cut, VVS2-clarity gem had been cut from a rough stone called "552," a name that was a nod to its enormous 552.74-carat size. The gem had been unearthed at the Diavik Diamond Mine in Canada's Northwest Territories and has the distinction of being the largest rough diamond ever discovered in North America.

The winner bidders for the Chrysler Diamond and The Dancing Sun were not immediately revealed.